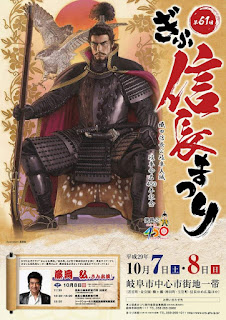 Unfortunate sad news from Gifu.  I found out that the 2021 Gifu Nobunaga Matsuri has been cancelled for the second year in a row due to the Wuflu.  I do not understand why since the parade is outside and being outdoors is the best way to avoid being sick.  It does not make any sense at all.  Looking forward to next year.

Posted by otsuke at 7:56 AM No comments:


Here is another video on Ichijodani, the home of the Asakura.  The video goes into the fall of the Asakura when Nobunaga attacked Echizen in 1573.  Again, the video shows areas of Ichijodani and its surroundings.  I have to say, the scenery is stunningly beautiful. 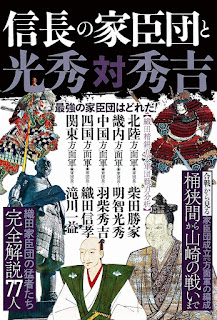 Here is a new magazine I found Nobunaga no Kashin to Mitsuhide tai Hideyoshi. Battles include Okehazama to Yamazaki.  Shibata Katsuie, Mitsuhide, Hideyoshi, Takigawa Kazumasu, and others.

Posted by otsuke at 8:13 AM No comments: 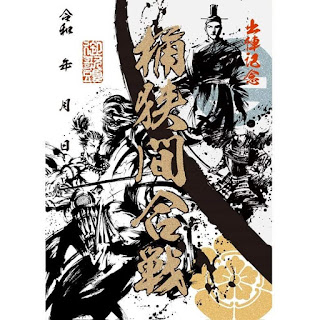 Yesterday, I received an email from the Kajino family regarding a new Okehazama television special.  Rekishi Tantei hosted by NHK will air an episode on the Battle of Okehazama and Nobunaga on September 8th.  From what I understand, the Battle of Okehazama Preservation Committee, historian Owada Tetsuo, and others contributed to the project.  I wonder if the Toyoake City Okehazama added their views as well.  It is nice to see another Okehazama project in the works.  If any more news comes about, I will inform you all.

Hopefully, the travel ban will be lifted soon since I have a lot of work to do regarding to the Battle of Okehazama.  Besides, I miss my family. 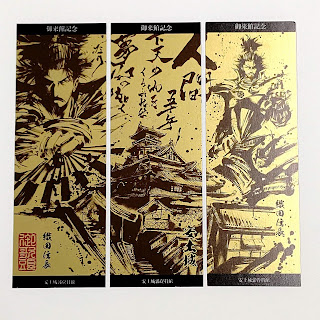 At the moment, I am slowly gathering some information on Oda Toshisada, one of the founders of Kiyosu Castle.  Hopefully, I can post something on him in a week or so.

Posted by otsuke at 6:06 AM No comments:


This is one of the better videos on the Asakura clan Ichijodani castle.  It was the home of Asakura Yoshikage (1533-73) until Nobunaga put it to the torch in 1573.  The video does a good job explaining how life was like at Ichijodani during the Sengoku Era.  The biggest takeaway from the videos is how narrow the castle town was.  Population was around 10,000?  It continues with the location of the main hall, Yoshikage's wife residence as well as his mother's.  The whole area is an open air museum.  Replica Sengoku buildings gives the visitor what life was like during the Sengoku Era.  The Gifu City Museum of History has something similar on the 2nd floor on what life was like during the time of Nobunaga. As for myself, I have been to Ichijodani many years ago and it was a treat.  I highly recommend it to anyone who is a student of the Sengoku Era.  You will be blown away at its natural beauty and you will learn a lot as well.  Located south of Fukui, it is quite far from town, but well worth the visit.

Posted by otsuke at 8:18 AM No comments: 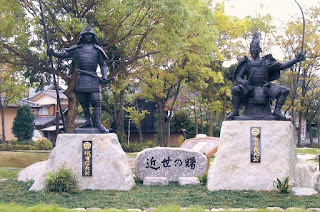 The past year or so I have been waiting for Japan to open.  Many of you as well.  Hopefully, the sooner, the better.  Vaccines are here as well as other treatments, so vaccine the elderly and get on with life.  When the Olympics are over, I think the situation will change and Japan will slowly allow visitors again.

My primary job in Japan is promoting tourism for the Okehazama Battlefield and I am a member of the Arimatsu Okehazama Battlefield Preservation Committee.  My focus is preserving the battlefield as well as giving tours in English and Japanese (primarily in English).  Besides Okehazama, I do some work in Gifu as well.  I studied and lived in Gifu, so Gifu is my adopted hometown.  There in Gifu, I give tours on Nobunaga, Saito Dosan, and Nohime.

Now the painful part.  I feel for the students who are trying to get back in.  Again, I was one myself.  These students are the ones who are going out of the way to make sure they learn the language, culture, and customs.  These people will eventually enrich Japan in the future.

Hopefully, I will return later in the year or early next year.  For me, the sooner the better, since there is so much to do at the Okehazama Battlefield.

Posted by otsuke at 6:52 AM No comments: