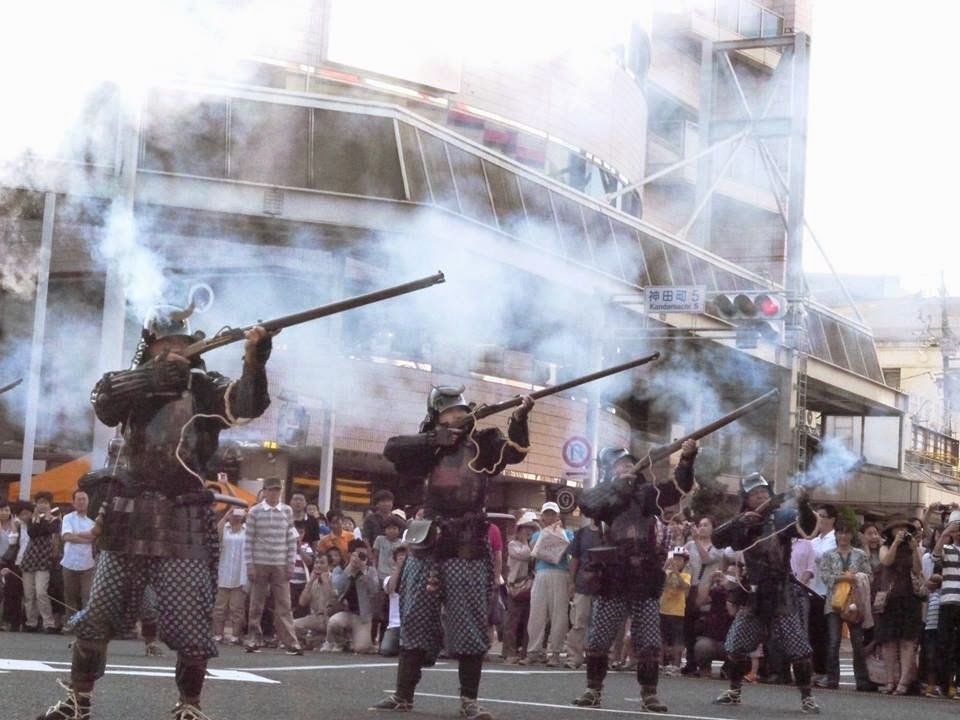 Here are some pictures from the Gifu Nobunaga Matsuri from the past.  More importantly, I have included a link in English on this year's popular Gifu festival.  http://travel.kankou-gifu.jp/en/see-and-do/58/

Nobunaga no tame!
Posted by otsuke at 3:40 AM No comments: 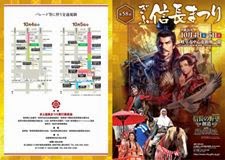 The link below is in Japanese

Tenka no tame!
Posted by otsuke at 8:12 PM No comments: 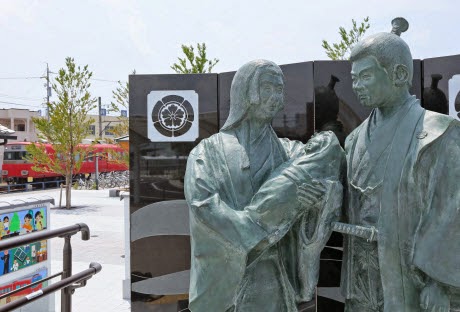 Shobata Castle is in the news again stating that Shobata Castle is the birthplace of Oda Nobunaga.  For those who have read my blog, everyone knows my position on this matter: Nagoya Castle was Nobunaga's birthplace.  The article mentions the only source, the Bishukojoshi as why Nobunaga was born at Shobata.  Shobata was too dangerous at the time in my opinion.

The article is well done since it promotes historical tourism and people to get interested in Oda Nobunaga.

Nobunaga no tame!
Posted by otsuke at 8:39 AM No comments: 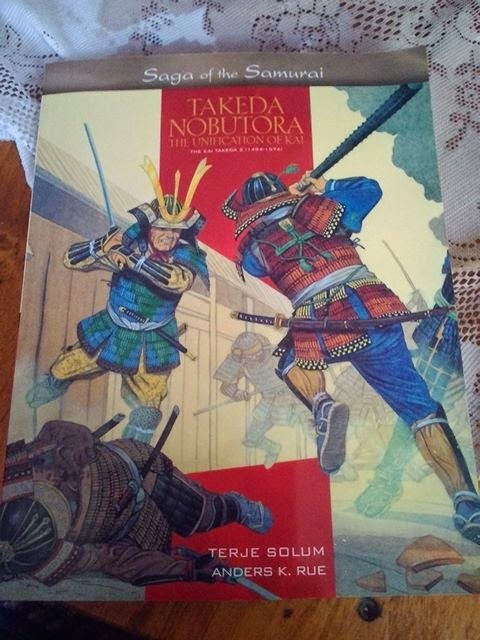 I received my copy of the Saga of the Samurai series on Takeda Nobutora earlier this week.  Terje Solum and Anders K. Rue's take on Takeda Nobutora (1494-1574) is very good and highly recommend this book for anyone who is a scholar on the Sengoku Era.  Nobutora was banished by his son Shingen (Takeda Harunobu) in 1541.  Nobutora ended up in Sunpu as a guest of Imagawa Yoshimoto.  The two did get along well.  Nobutora did have some freedom to move as long as he did not set foot in Kai.  He visited Kyoto in 1558.

That being said, Nobunaga's victory at the Battle of Okehazama in 1560 changed everything.  Not only Yoshimoto was killed in action, but Nobutora's situation changed too.  Yoshimoto's lame son Ujizane did not get with Nobutora.  There are two reasons why.  1) Imagawa Ujizane was a feeble minded fool.  2) Nobutora probably scared Ujizane to death as he struck fear into people.  Nobutora ended up leaving Sunpu in 1563.

Nobunaga no tame!
Posted by otsuke at 6:19 PM 3 comments: 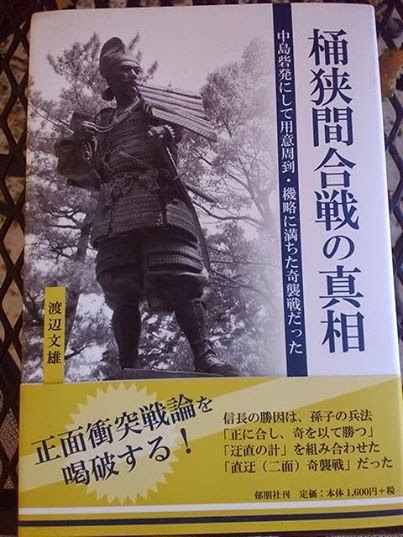 I received Watanabe Fumio's book on the Battle of Okehazama today.  It is decent and it does contain maps.  However, I have been warned that Mr. Watanabe has never been to the Okehazama battlefield and reaches his conclusions by the use of maps and books.  That being said, one interesting theory Mr. Watanabe has stated was that one of Imagawa Yoshimoto's weaknesses was he was not militarily educated or prepared compared to Nobunaga.  Yoshimoto let his retainer's do the job while he enjoyed the Kyoto court noble lifestyle.  Very interesting indeed!

Tenka no tame!
Posted by otsuke at 7:22 PM No comments:

Oda Nobunaga historian Taniguchi Katsuhiro has a new book out on Nobunaga and shogun Ashikaga Yoshiaki.  The reviews are good and this is a must have for the Nobunaga scholar.

Nobunaga no tame!
Posted by otsuke at 12:52 PM No comments: 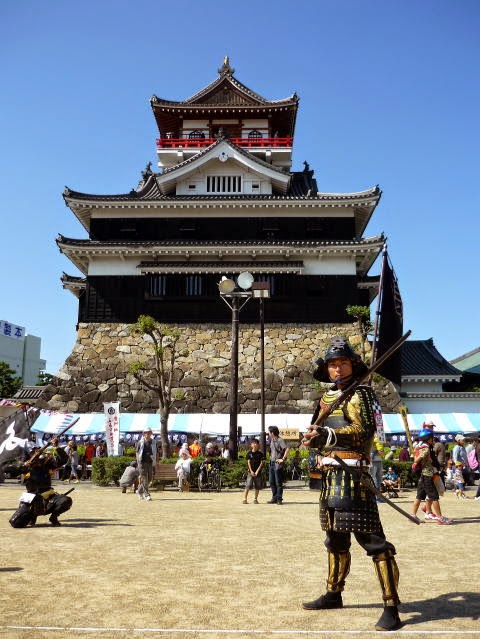 The 2014 Kiyosu Nobunaga Matsuri will be held on October 12th.  This is one of the more popular Nobunaga festivals in Japan.  If you are in the area during this time of the year, by all means go.  My good friend Mikawa Hide has a link to this year's festival.  http://ameblo.jp/mikawa-hide/entry-11919201236.html

The official link in Japanese: http://www.city.kiyosu.aichi.jp/event_calendar/matsuri/nobunagamatsuri.html

There will be a parade of samurai in armor, Nobunaga and his friends, and the gunnery squad. 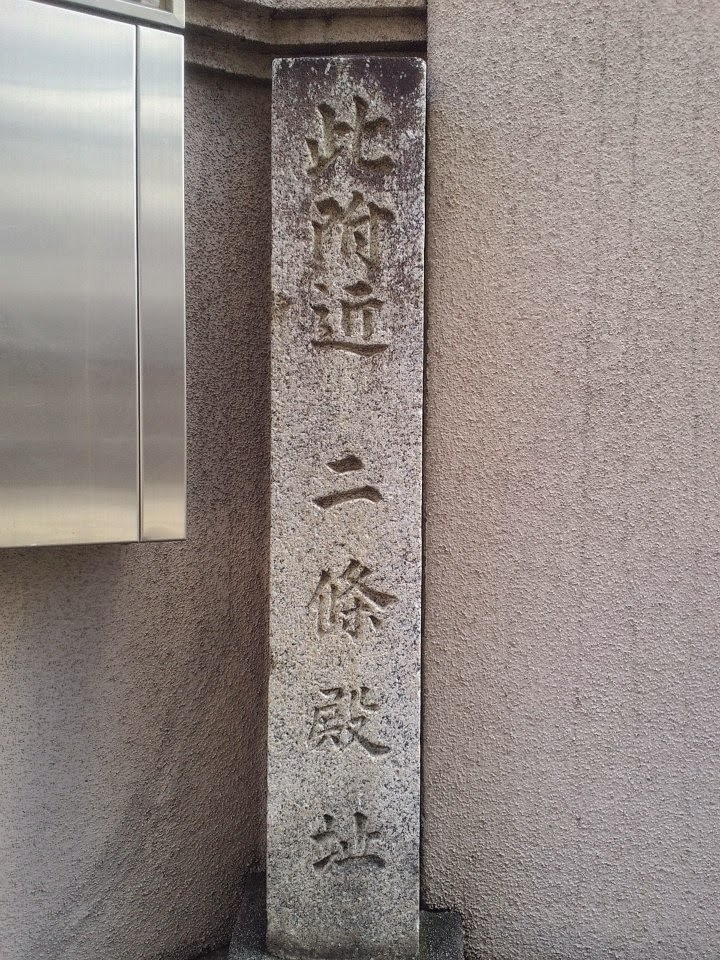 Nobunaga constructed the Old Nijo Mansion or Nijo Lower Palace in 1576.  I was able to take a picture of the landmark while in Kyoto last December.  The mansion was built on a vacant residential lot that belong to Lord Nijo.  Nobunaga ordered Murai Sadakatsu to be in charge of the construction project.  Landmark is located near Karusama/Oike in Kyoto.

"Fortunately, a residential lot belonging to Lord Nijo was vacant.  Contemplating a spacious garden design with a fresh water spring and scenic views, Nobunaga gave Murai Nagato no Kami a list of directions regarding this construction project."

In 1579, Nobunaga gave the mansion to the Crown Prince.  This is a different Nijo Castle/Palace that Nobunaga built for Shogun Ashikaga Yoshiaki.  The one that was built for Yoshiaki was in 1569 and fell into disuse after the shogun was disposed in 1573.  Some of the building material was reused for the construction of Azuchi Castle.

Nobunaga no tame!
Posted by otsuke at 3:34 AM 2 comments: