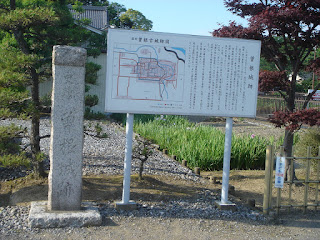 Sone Castle during the Sengoku Era was located in western Mino.  It was the home Inaba Ittetsu (Yoshimichi) 1515-88.  The castle was a flatland type and it was abandoned in 1601.  The castle ruins is located at Ogaki City in Gifu Prefecture.  Ittetsu served under the Toki, Saito Dosan, and Oda Nobunaga.  He went to Sofukuji Temple to become a monk.  However, during the Battle of Makita, several of his siblings were killed in action and some became the head of the Inaba house.  During the time of Nobunaga, he never left Sone Castle, that is he never moved to a new residence.  Nobunaga did this to provide stability in western Mino. 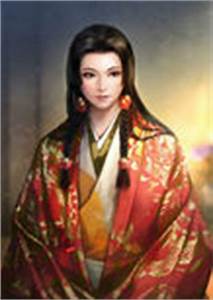 Nohime's mother Omi no Kata (1513-51) was the daughter of Akechi Mitsutsugu (1468-1538), the lord of Akechi Castle in Mino.  Omi no Kata's mother was possibly the daughter of Takeda Nobutoyo (Wakasa Takeda family).  In 1532, Omi no Kata married Saito Dosan of Mino and in 1535, she gave birth to a beautiful daughter Nohime.  Nohime would later marry Nobunaga in the late 1540s. Unfortunately, Omi no Kata died in 1551 due to lung disease.


Nobunaga no tame!
Posted by otsuke at 10:27 AM No comments: 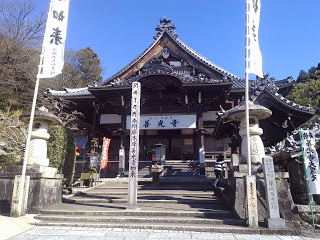 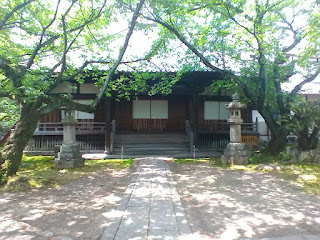 These are the pictures of Gifu's Zenkoji and Hokkeji I took awhile back.  Now these two temples are important and related to Nobunaga for one reason only.  The Kyoto noble Yamashina Tokitsugu.  When Tokitsugu made his trip from Kyoto to Gifu, he took the Nakasendo Highway.  He made three trips between 1569 to 1571.  His lodging in Gifu was Zenkoji near Inaba Jinja and Hokkeji.  While in Gifu, he was able to visit the castle and the town in general.  Nobunaga also gave him some hospitality as well.

Tenka no tame!
Posted by otsuke at 9:47 AM No comments: 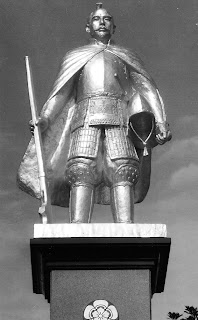 I rarely do not buy any historical conspiracy books, but ended up buying one since it was too good to pass up.  Moshi Honnoji no hen ga nakattara Nobunaga wa ajia wo douitsu shita by Izawa Motohiko is just that.  It was too good to pass up and bought it at a bookstore in Nagoya Station.  Basically, if Nobunaga escapes from the Honnoji or no rebellion at all, he has Asia under his control in the near future.

Some key points about the book.


The book is a stretch at times but the author backs it up with historical evidence from Nobunaga's past military experiences.  To be fair, I have met Izawa Motohiko.  He is a small potato, but a warm man.  I am still reading the book at the moment and finding it quite interesting.

Nobunaga no tame!
Posted by otsuke at 7:30 AM No comments:

Why Nobunaga was needed 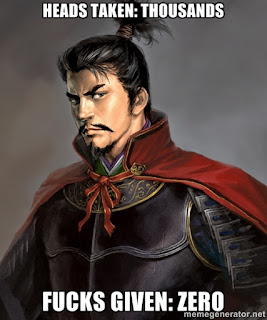 During the middle of the 15th century and most of the 16th century, Japan was in a constant state of chaos and warfare.  The Ashikaga government was weak as well as the emperor.  If your lands and resources were taken over by a rival clan or warlord, you could not appeal to a higher authority for help since they were weak.  The central government had no monopoly to control the violence.  If you wanted to protect your land and resources, you either fight at all costs, create an alliance with a clan, or submit to a higher authority, which was costly.

The Sengoku Era was brutal and won ton violence was necessary.  That man who became the most ruthless warlord in Japan, Nobunaga was needed to unify the country.  The strongman always rises to the top when there is a constant state of warfare and chaos.  Nobunaga was that man.  Yes, he was one brutal and evil son of a bitch, but he was the man Japan needed at the time to unify the country.  He one reason why he is the most popular historical figure in Japan to this day.  He did not give a damn what other think of him.  He had a job and that was to unify the country at all costs.  Yes, he was and is to this day, Japan's number one strong man!  Heads taken thousands, fucks given zero!

Tenka no tame!
Posted by otsuke at 8:17 AM No comments:

I just returned from a month or so in Japan.  I attended the 2019 Nagashino and Azuchi Nobunaga Matsuri as well as the Imagawa Yoshimoto Matsuri in Shizuoka.  Later did a walking tour at the Battle of Okehazama Battlefield giving key points on why and how Nobunaga won.  In Gifu, the castle grounds are continuing excavation work producing some incredible results.  Also Gifu is preparing for next year's Akechi Mitsuhide Taiga drama.  More later.


Nobunaga no tame!
Posted by otsuke at 6:09 AM No comments: