Unifying the country was not easy

Unifying Japan was not easy for Nobunaga. Since he was the aggressor, casualties came with the price of unification.

However others were either banished, revolted, or punished by death.

There were a few more, but Nobunaga paid a heavy price for unification. The price was always paid in blood.

In 1563, Nobunaga moved his headquarters from Kiyosu to Komaki. This was an important strategical move since Kiyosu was just too far to wage war against the Saito. Komaki was closer to Mino. 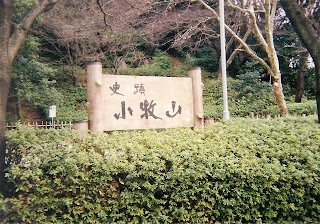 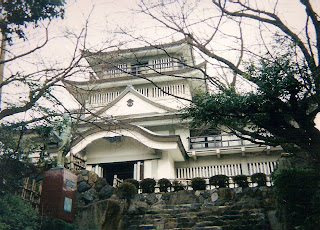 I took the two pictures almost ten years ago and was sorely disappointed. It was one of the worst castles I have ever been and felt lost. However, that being said, you will be rewarded nicely if you visit the Komaki battlefield instead. The only positive point I have with the castle is when you are on top of the mountain, you can a nice view of the city.

The story goes that Nobunaga wanted to move to Komaki, but he knew his retainers were not in the mood to relocate. So Nobunaga suggested Ninomiya. His retainers refused to move there since Ninomiya was very steep and constructing a castle would be difficult. Then Nobunaga suggest his first choice Komaki. His retainers could not refuse their lord for a second time and approved Komaki. In the end, Komaki was built and everybody moved there in 1563.

Nobunaga only stayed in Komaki for a brief time. His objective was Mino and finally he achieved his goal in 1567. Ota Gyuichi's Shincho-Ko ki Introduction book, Chapter 42 has the story of Komaki.

Nobunaga no tame!
Posted by otsuke at 6:05 AM No comments:

I have been splitting my between studying and watching the World Cup on the tube. So far, so good at the moment. As for my sources for this post, see Okada Masahito Oda Nobunaga Sogo Jiten, pp. 140-143 and Yasuhiro Nishigaya Oda Nobunaga Jiten, p. 238.

Oda Nobusada (Nobuhide's father) also had a concubine (died in 1545) who gave birth to Oda Nobuyasu's (Oda Ise/Iwakura branch) wife. Nobusada had other daugthers who were married as well. One was married to Matsudaira Kiyosada. Second, Masa Nagayoshi. Third, Otsuya no kata who was first married to Toyama Takumi no suke, who passed away in 1572. She would later marry AkiyamaNobutomo. Otsuya no kata passed away in 1575.

As for Inui/Onunu no kata, I would like to thank Kitsuno and Lordameth of the SA for their help. For more information on Oda Nobusada's wife and daughter's Okada Masahito's Oda Nobunaga Sogo Jiten, pp. 140-143 is your best bet.

Tenka no tame!
Posted by otsuke at 9:19 AM No comments: 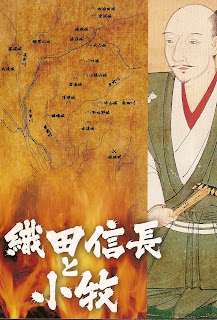 I bought Oda Nobunaga to Komaki last year while in Nagoya during a festival. This book is a gold mine containing a wealth of information on Nobunaga's relationship with the Komaki area. As to Komaki Castle, I have only been there once and it is my least favorite of the Nobunaga castles.

The book has some nice Komaki Castle relief maps and photos the Owari region during Nobunaga's time. In my opinion, the photos with maps leading to the historical landmark steal the show. For example, if you want to travel to the Dota Castles (the area where Nobunaga's mother Dota Gozen came from) ruins, the book provides photos and a map on how to get to the landmark.

Other hits include the Battle of Ukino, the Ikoma family landmarks, and the explanation why Nobunaga moved his headquarters from Kiyosu to Komaki.

Today is June 2, the day that Oda Nobunaga was betrayed by the evil Akechi Mitsuhide. I will use Luis Frois's writings in Michael Cooper's They Came to Japan: An Anthology of European Reports on Japan, 1543-1640 (page 103).

"As our church in Miyako is situated only a street away from the place where Nobunaga was staying, some Christians came just as I was vesting to say an early Mass, and told me to wait because there was a commotion in front of the palace and that it seemed to be something serious as fighting had broken out there. We at once began to hear musket shots and see flames. After this another report came, and we learned that it had not been a brawl but that Akechi had turned traitor and enemy of Nobunaga and had him surrounded. When Akechi's men men reached the palace gates, they at once entered as nobody was there to resist them because there had been no suspicion of their treachery. Nobunaga had just washed his hands and face and was drying himself with a towel when they found him and forthwith shot him in the side with an arrow. Pulling the arrow out, he came out carrying a naginata, a weapon with a long blade made after the fashion of a scythe. He fought for some time, but after receiving a shot in the arm he retreated into his chamber and shut the doors.

Some say that he cut his belly, while others believe that he set fire to the palace and perished in the flames. What we do know, however, is that of this man, who made everyone tremble not only at the sound of his voice but even at the mention of his name, there did not remain even a small hair which was not reduced to dust and ashes."

Sad indeed! Here is some Taiga drama videos related to the Honnoji Incident.