Nobunaga no tame!
Posted by otsuke at 3:34 PM No comments: 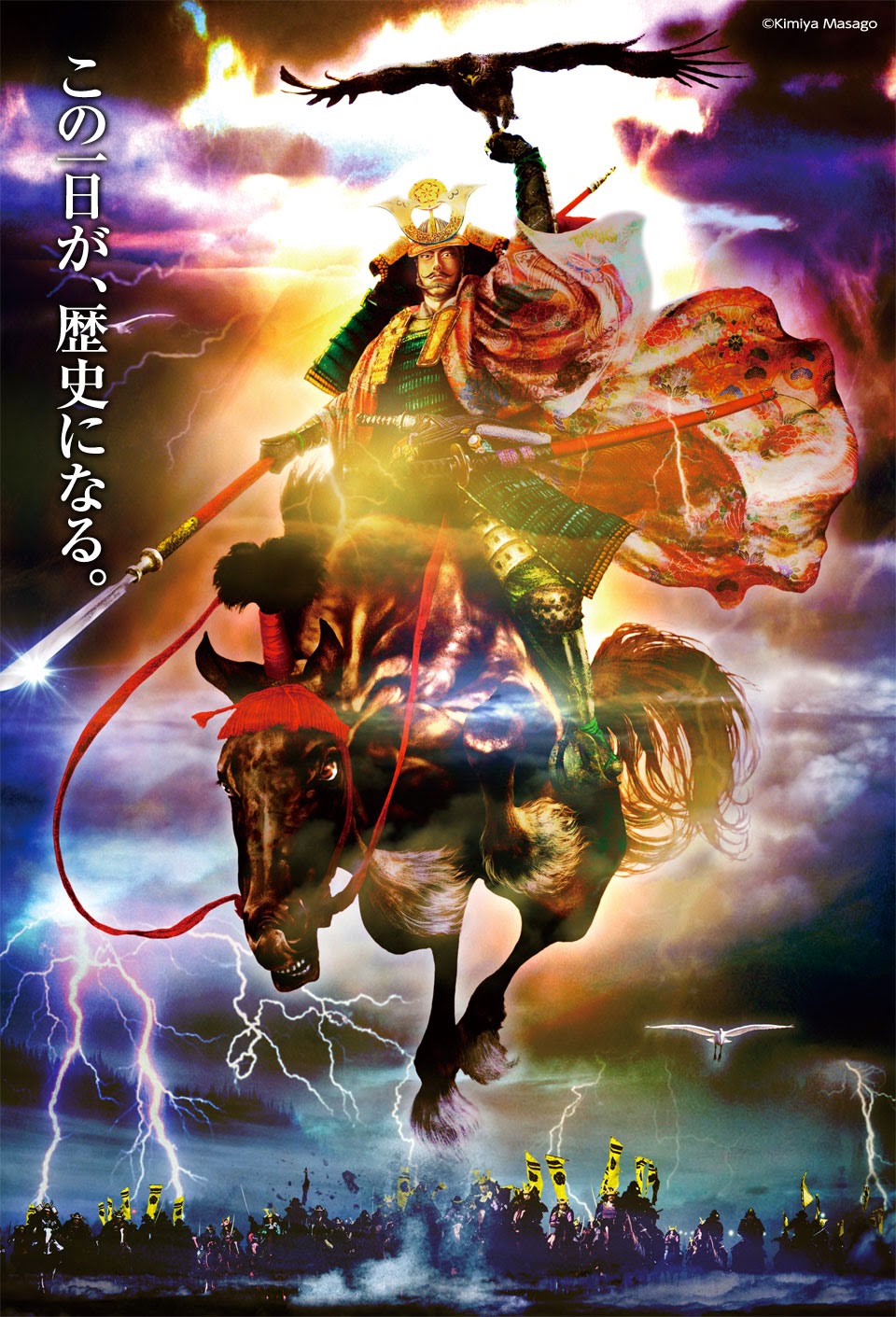 Next weekend on November 30th, the Odaka area will host a huge Sengoku festival.  Aichi Sengoku World along with other guests will share their love for the Sengoku Era.  There will be a busho parade, firing squad, and tours.  In fact, the Arimatsu Okehazama battlefield will host a tour as well.

Tenka no tame!
Posted by otsuke at 8:37 AM No comments: 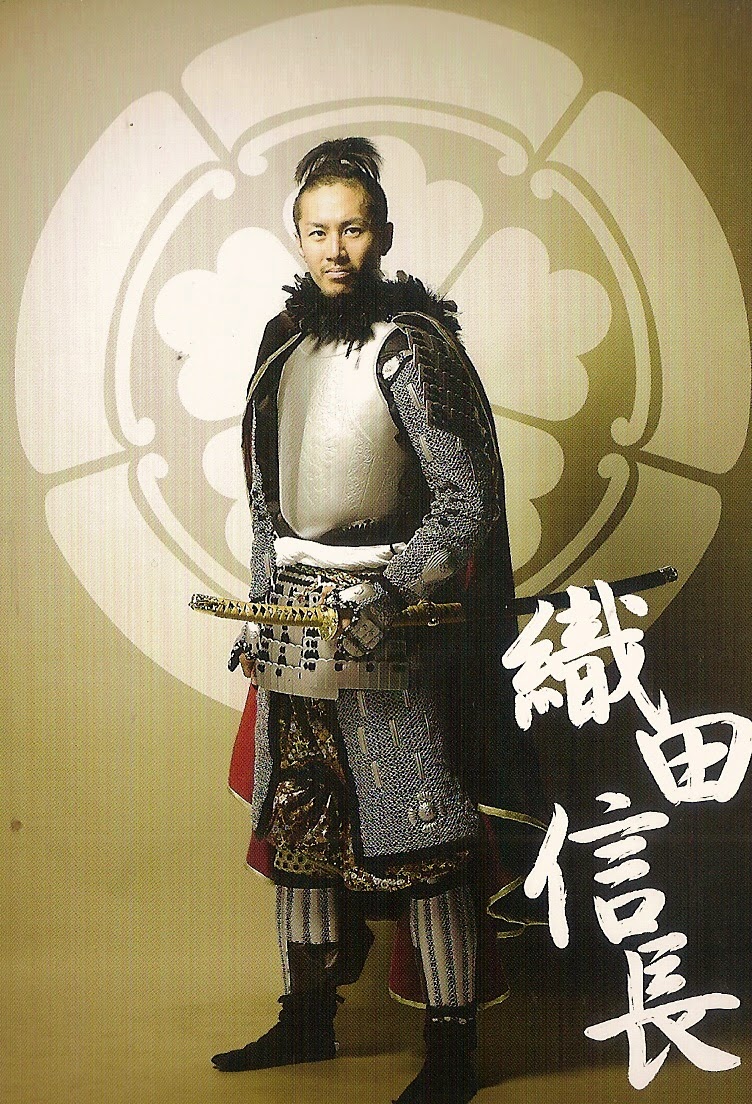 One must remember that Gifu's origins are Chinese.  Gi/Gizan is the place from which the Chou ruler Wu Wang began his military campaign to unify China in twelfth century B.C.  Fu/Qufu is the birthplace of Confucius.  All this started when Nobunaga conquered Mino in 1567.  Of course, his famous motto "Tenka Fubu" was created not long after Nobunaga took over Mino.  However, there is one problem that is bugging me.  There is no statue of Saito Dosan.  Dosan was a major figure in Mino and he should be recognized in Gifu.  I will be back in Gifu to do more research early next year as well.

Nobunaga no tame!
Posted by otsuke at 11:33 AM No comments: 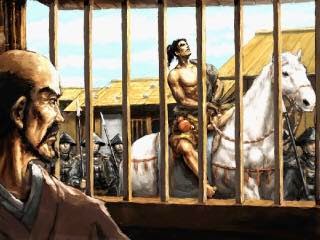 I found this picture of Nobunaga and Dosan right before the two met at Shotokuji Temple in Tonda near the Mino/Owari border.  Here is a reminder of the meeting's four key points:


Dosan soon found out that his son-in-law, Nobunaga was no fool.  He knew Nobunaga saw the future of warfare due to matchlock rifles and a trained infantry.  More importantly, the Saito/Oda alliance was good enough to continue until Dosan's death in 1556. 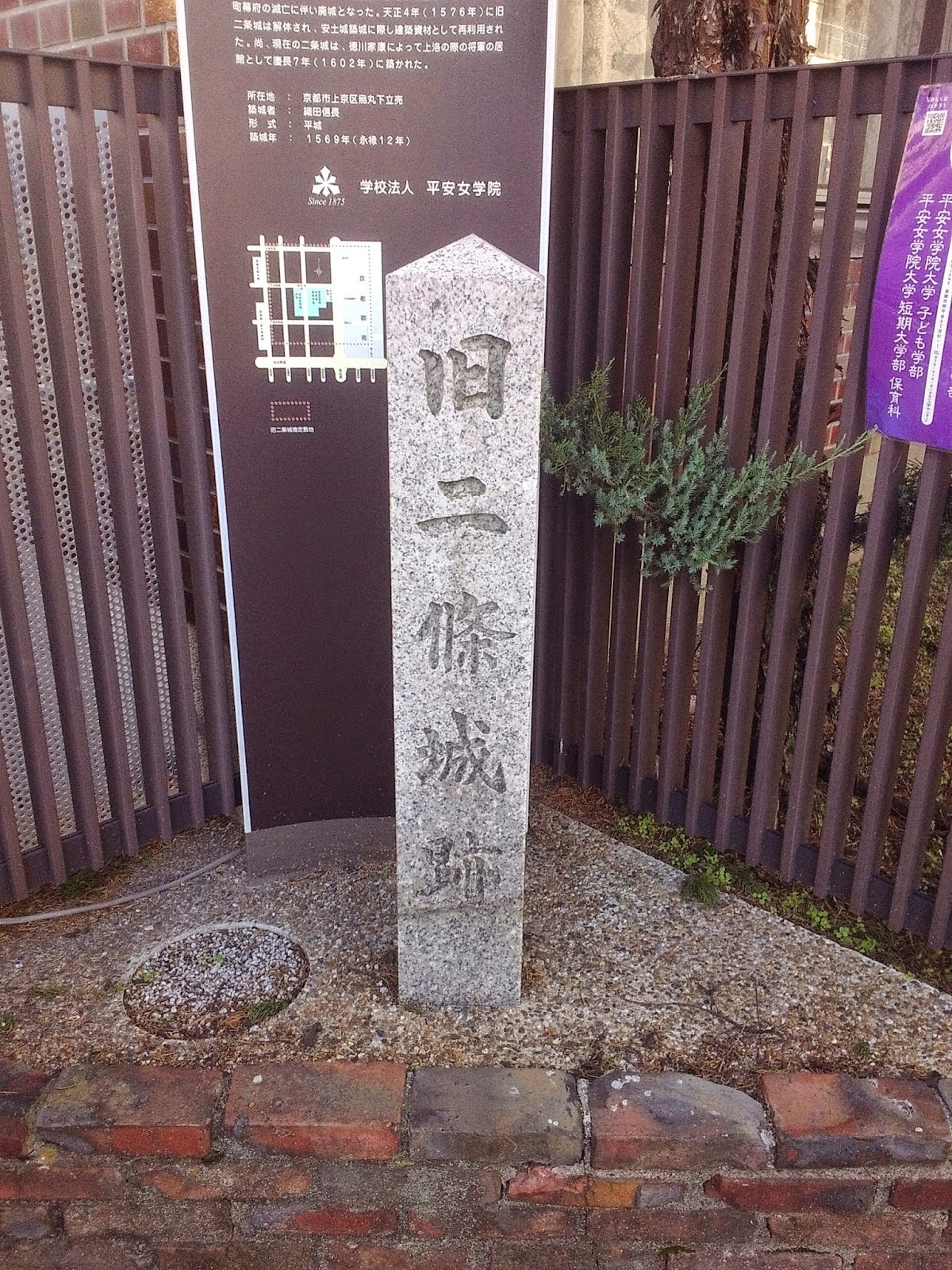 Earlier this week I bought Matthew Stavros new book, Kyoto: An Urban History of Japan's Premodern Capital.  So far, it is a great book and I highly recommend it.  As for Nobunaga, it covers the construction of Nijo Castle in 1569.  It has nothing about the Nijo Palace which was built in 1576.  In fact, Nobunaga's construction of Nijo Castle would change Kyoto completely.  First, Nobunaga's fortress in no way reflected Kyoto's past or architectural history.  Second, it located in the heart of the city on the east side of Muromachi Road between Kamigyo and Shimogyo.  The road was cleared out by the Onin war.  Third, the size was huge in its day, wall, moats, and a castle tower, a first in its time.  Forth, it was the birth of Japan's early modern castle town.  Fifth, once Yoshiaki was expelled from Kyoto in 1573, the castle fell into disuse.  Its materials were used in the construction of Azuchi Castle.  Also Nobunaga ordered the residents of Kyoto's Kamigyo to fill in the moats so the enemy could not use the favorable location.

I would also like to include one theory on stones being used in the construction of Nijo Castle in 1569.  You can look back to Nobunaga's first major construction project which was Komaki Castle in 1563.  It did have some stone foundation and might have been a dry run for Nijo and Azuchi Castles.

Nobunaga no tame!
Posted by otsuke at 6:02 PM No comments: 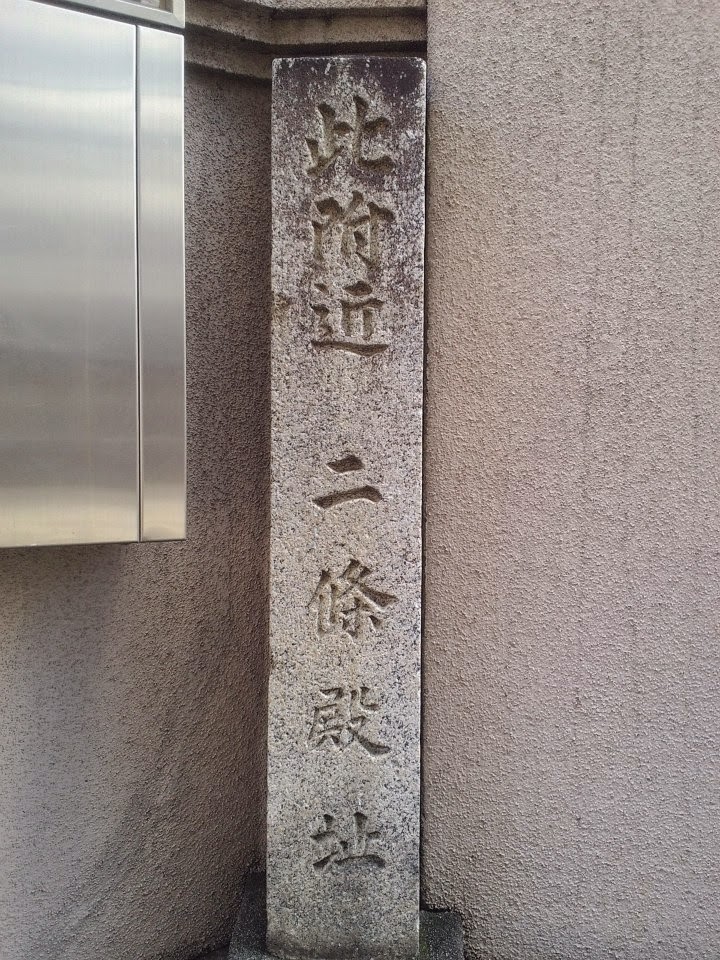 Nobunaga was known to hold various sumo bouts at Azuchi.  However, one bout was held at Nijo residence in Kyoto in 1578.

"Tiger, Tenth Month, 5th day: Nobunaga summoned sumo wrestlers from the Home Provinces and Omi and had them compete in a courtyard of his newly built Nijo residence.  He hosted this spectacle for the important persons of the regency lineage and the rest of the high nobility."