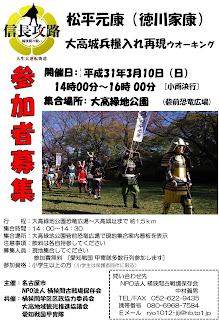 Nobunaga no tame!
Posted by otsuke at 8:04 AM No comments: 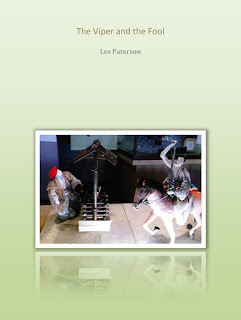 My new novel, The Viper and the Fool is now available in paperback on Amazon.

Posted by otsuke at 9:53 AM No comments: 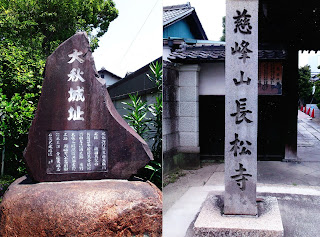 Komeno and Owaki Castle were allies of Hayashi Hidesada, and in 1556, they joined to fight Nobunaga at the Battle of Ino.

"A day or two later, the Hayashi opened hostilities against Nobunaga.  Their auxiliaries in Arako Castle joined the enemy and cut off communications between Atsuta and Kiyosu.  Auxiliaries of the Hayashi also held castles of Komeno and Owaki, which lay between Kiyosu and Nagoya.  They too, joined the ranks of the enemy."

A few years ago, I was able to visit the Komeno and Owaki landmarks.  Owaki picture is on the left, while Komeno is on the right.  Choshoji Temple is where Komeno Castle was located.

Nobunaga no tame!
Posted by otsuke at 7:03 AM No comments: