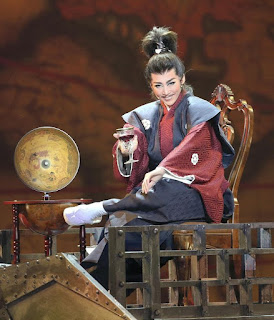 Takarazuka actress Masaki Ryu will make her final appearance as Nobunaga in the play "Genten no Yume/Nobunaga: The Will to Power.  The performance will be held at Tokyo Takarazuka Theater in Chiyoda Ward, Tokyo.  Performance starts August 5th and will run until September 4th.  With a cast of around 80 members Ryu portrays Nobunaga as a powerful and nobel man.

Nobunaga no tame!
Posted by otsuke at 11:36 AM No comments: 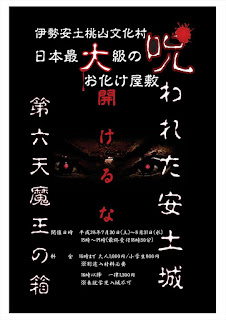 looking for some summer fun while in Ise?  Well, Ise Azuchi Momoyama Bunkamura may be the place for you.  From July 30th-August 31st, the replica Azuchi Castle will be a haunted house.  Prices range from 1,000-1,300 yen.  I was able to visit Ise Sengoku Jidai Mura last year and had a great time.  Not a bad place to learn about Nobunaga from a theme park perspective. 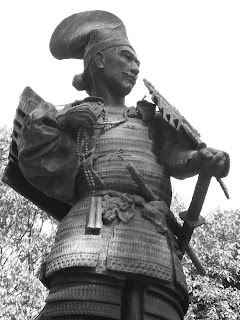 Found an interesting article about Oichi's daughter ChaCha/Yodogimi.  Oichi was Nobunaga's younger sister.  As for Yodogimi's father?  The possibility is high that her was Nobunaga.  Yodogimi was tall.  So was Oichi and Nobunaga.  It does make some sense that Yodogimi was tall due to her parents. As for Hideyoshi, the one to claim ChaCha as his concubine, a short, skinny bald rat. 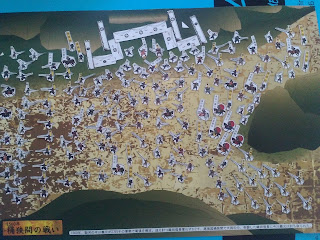 Earlier this year I received a Battle of Okehazama paper craft.  Unfortunately, I am not savvy when it comes to art.  It took me two days to cut out all the paper soldiers.  If everything went according to plan, the paper soldiers would stand on the battlefield as if it was a pop-up.  However, the paper soldiers were extremely small and it would be difficult for the soldiers to stand.  That being said, I did not want my time and effort  to go to waste.  So I used my thinking cap and decided to glue the paper soldiers and made an Okehazama battle screen instead.  I have to say, I was impressed on the way it turned out.

Tenka no tame!
Posted by otsuke at 7:55 AM No comments: 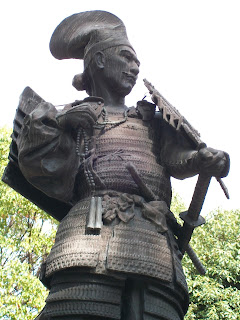 Nobunaga no tame!
Posted by otsuke at 6:56 PM No comments: 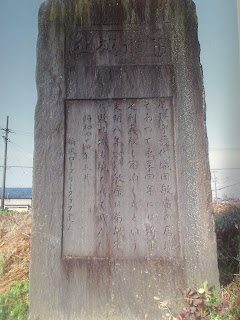 Tenka no tame!
Posted by otsuke at 6:20 AM No comments: